This vodka cocktail is festive for any party but is especially beautiful for Christmas and Valentine's Day with the bright red pop from the pomegranate that is in season in the winter.  It is great to serve just a few people but is also easy enough to make for a crowd. For a Moscow mule mocktail, simply leave the vodka out.  I would add a bit more lime and pomegranate juice.  For a low carb version of the Moscow mule, use diet ginger beer which tastes great and also reduces the calories per cocktail. 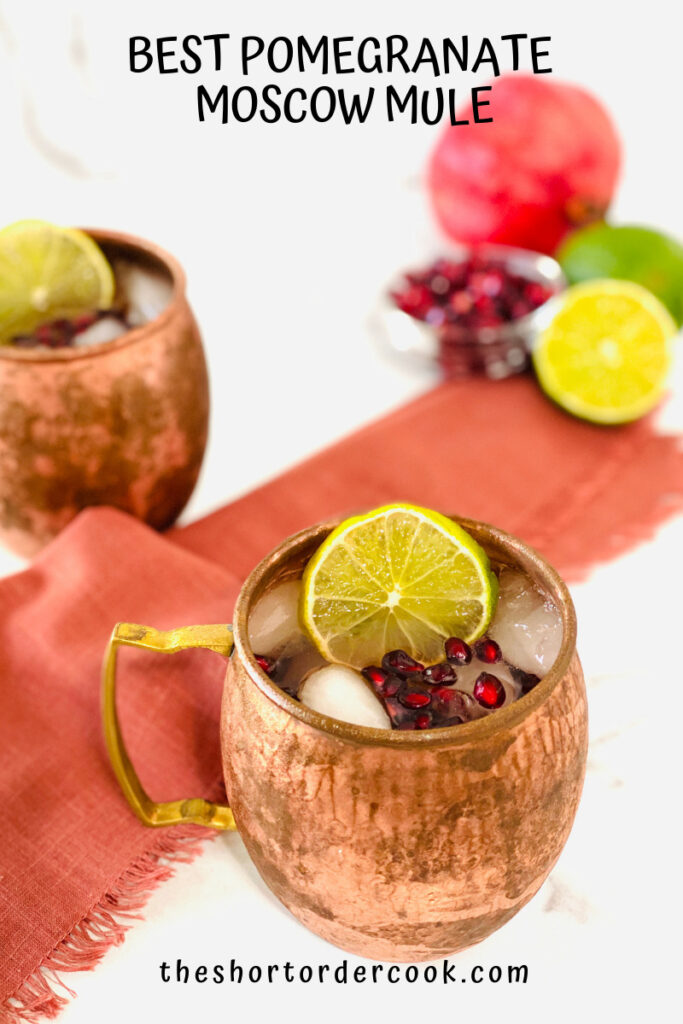 Moscow Mules with Pomegranate and Lime ready to drink

All About the Moscow Mule

There seem to be many questions about the popular cocktail, the Moscow Mule.  I will try and answer the most common things I hear and read about this drink that I have really grown to love over the last few years and am glad to see it is more popular on cocktail menus at bars and restaurants.

What's a Moscow Mule & Why is it Called That?

A Moscow mule is a vodka drink traditionally made with fresh lime juice, and ginger beer, and served over ice in a copper mug. A slice of lime and sometimes a sprig of mint are used as a garnish.  It did not originate in Russia but actually in the USA in the 1940s.  It was named randomly in relation to the factor that Americans associated vodka with Russia and the originators thought of Mule (since the ginger beer had a kick - like a mule). Randomly they decided on the name to become the Moscow Mule name we know today. For more on the history, check out this article - HISTORY OF THE MOSCOW MULE.

Why is a Moscow Mule Served in a Copper Mug?

The quick answer is that copper is known to retain a cold temperature through conduction and the iced beverage's chill transfers to the tankard or copper mug.  Therefore, keeping your Moscow mule colder and less likely to become diluted or warm quickly.  It is not a must to enjoy this pomegranate cocktail recipe but I highly recommend buying them and sharing my favorite Moscow mule kit for purchase here.

Is the Moscow Mule a Girly Drink?

Simply put, of course not.  Not only is it crisp with some bite thanks to the ginger beer but is also served traditionally in copper mugs that seem pretty masculine to me.  Everyone will love this cocktail. Honestly,  I am not sure why I hear people call it is a "girly" drink - this is the perfect Moscow mule recipe for everyone.

You also must try my SPICY JALAPENO BASIL MOSCOW MULE recipe.  It is seriously the most amazing spicy Moscow mule recipe ever! 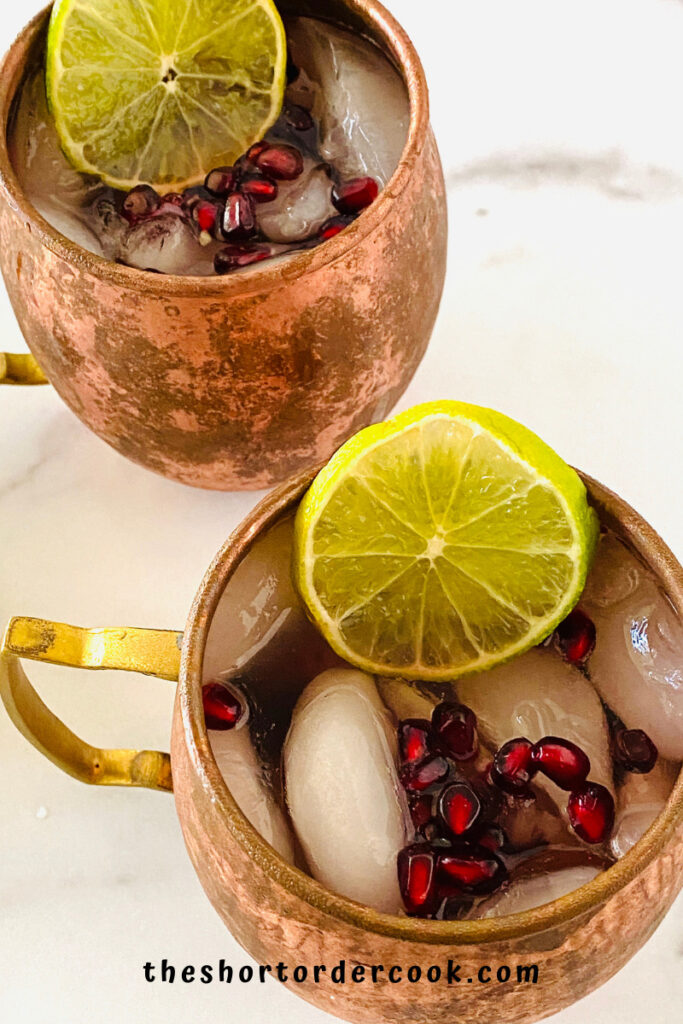 Ingredients for a Moscow Mule Recipe

The ingredients for this recipe include all the traditional mule cocktail ingredients such as vodka, lime, ginger beer, and ice. To that base, you simply add pomegranate juice and seeds.  I like to use the diet ginger beer since it is low-carb and still makes a great Moscow mule.

How to Deseed a Pomegranate

There are many ways to deseed a pomegranate but the most important thing to remember is that the seeds and juice will stain clothing, surfaces, and other items. So whatever method you use, keep that in mind.  How I have been doing it for years is by simply cutting it into four equal sections on a cutting board I have placed in my sanitized sink.

Next, I place those 4 quadrants into a bowl of water. I let the pomegranate sit for some time and some seeds will start to drop to the bottom of the bowl. I typically have to gently work the seeds out with my fingers all while I keep everything submerged underwater.  The seeds may POP and shoot out their juices.  I recommend having on an apron or clothing that you do not mind may get stained.

You can also squeeze your own pomegranate juice with a large hand squeezer if you have fresh pomegranates like those used here.  I already had some juice from another recipe, so that is what I used here. Plus I do not have a big juicer like shown below but maybe someday. I think I will need to juice outside though and wear similar clothes to what I wear when I paint, so I don't care if juice gets all over me. 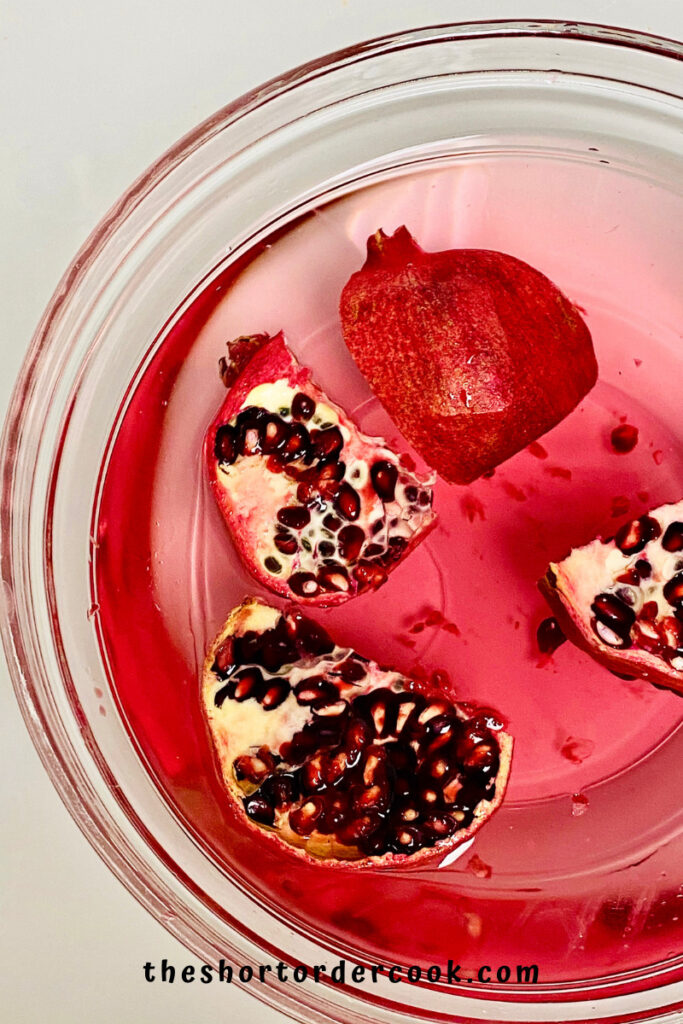 Bowl of water with opened pomegranate to remove seeds

How to Make the Best Pomegranate Moscow Mule

Once the seeds are out of the pomegranate, you can begin mixing your cocktail.  To a chilled copper mug, fill with ice cubes about ¾ the way full.  Next add the vodka, pomegranate juice, and your fresh lime juice.  Stir gently and then garnish with a slice of lime and pomegranate seeds.

Best Vodka for a Moscow Mule

You can use whatever is your favorite vodka honestly. But my preference when making any Moscow mule that calls for a plain vodka is to use one of the following. Here are the best vodkas for a Moscow Mule:  Smirnoff, Belvedere, Titos, Grey Goose, or Kirkland. Yep, I am a Kirkland Vodka fan! 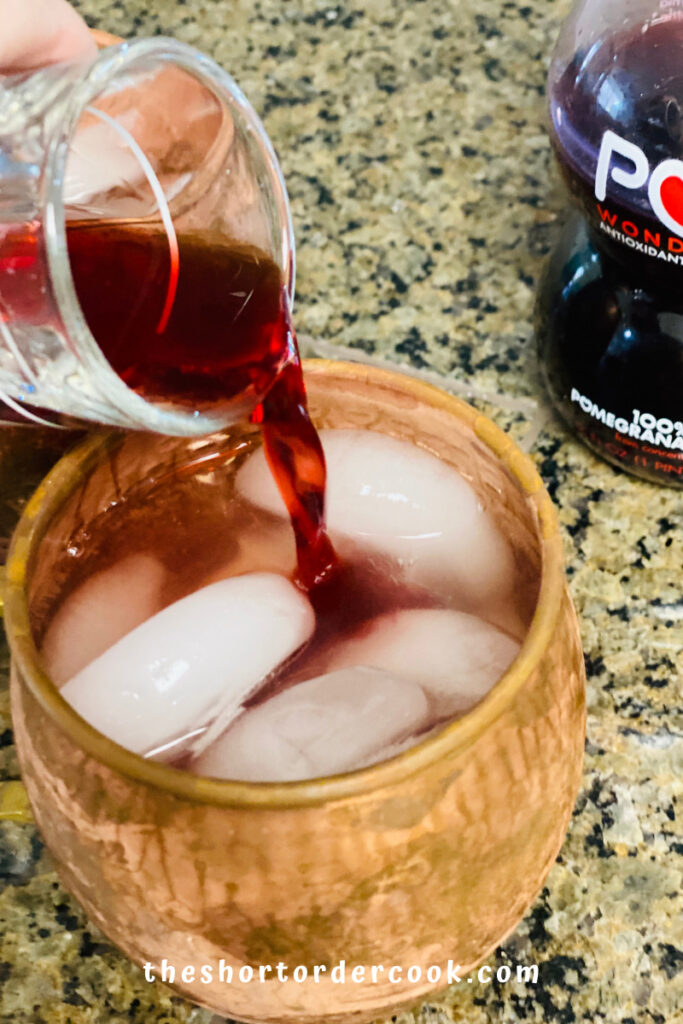 To mix, pour juice into a copper mug filled with ice and ginger beer

Recipe Variations - For some quick variations on this recipe, take into consideration the following small changes to this recipe but keep in mind it won't really be a pomegranate Moscow mule without the core ingredients listed below. 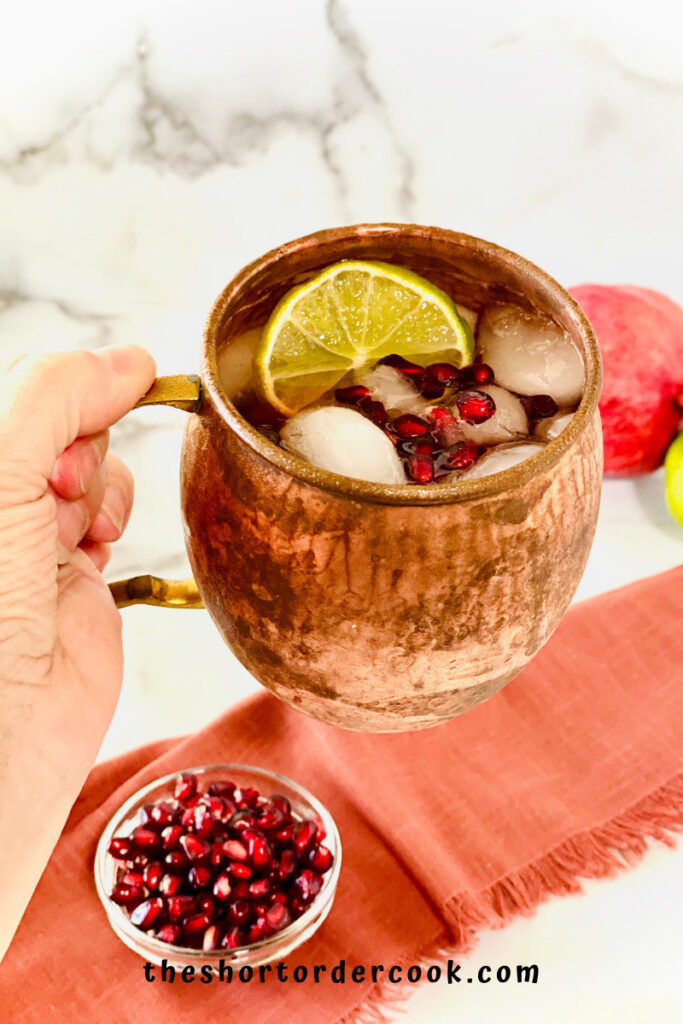 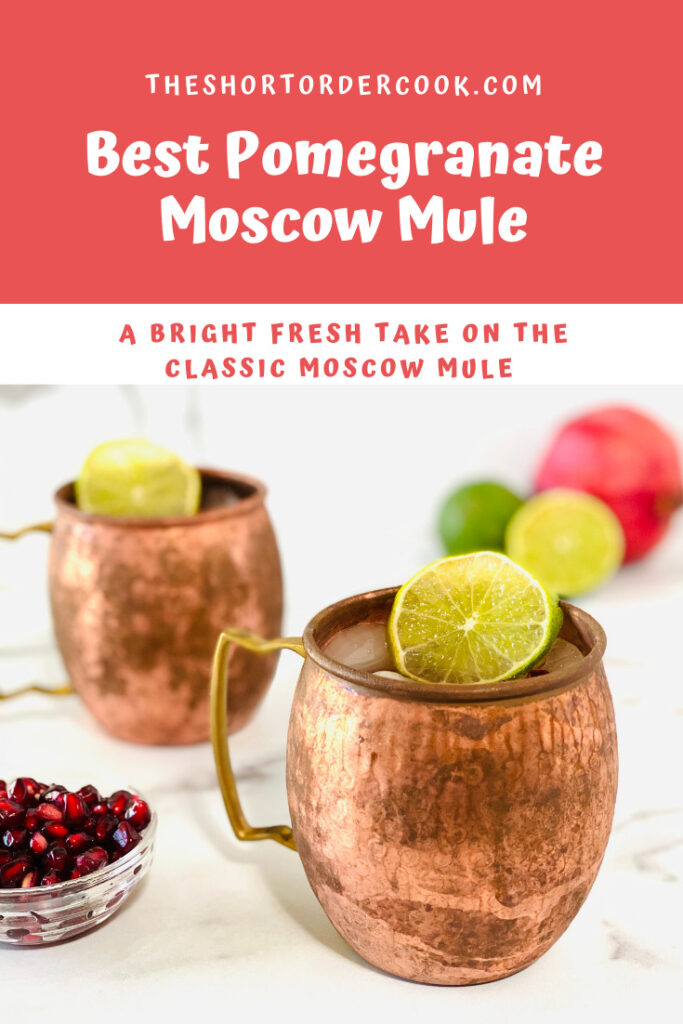 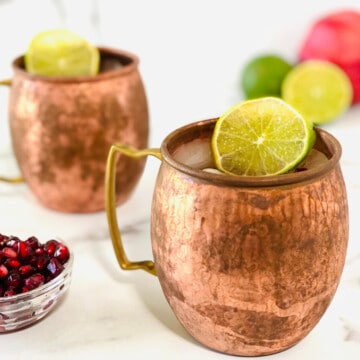 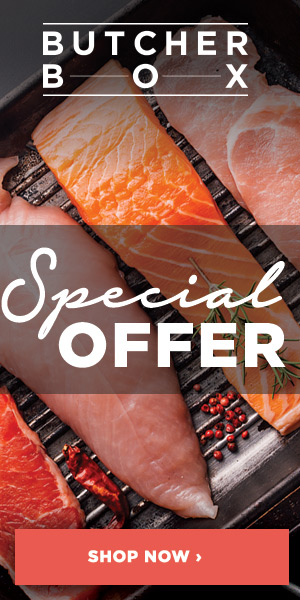